Wholesale Pandemonium, In A Good Way, In Wisconsin Dells With 2012 New Attractions Unveiled 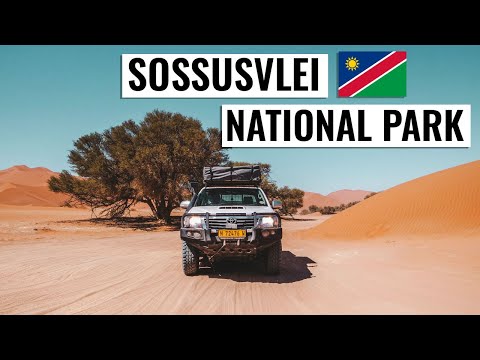 Every January in Wisconsin Dells, Wis., the resort community better known as “The Waterpark Capital of the World!Aï¿½”, there is a little tradition the local visitor bureau likes to call the official release of what’s new for the coming year. Given everything that’s debuting in the Dells for 2012, frankly it might have been easier to chronicle what’s not new. But, in the spirit of keeping the tradition alive, here is a rundown of new Wisconsin Dells waterpark rides and new Wisconsin Dells attractions for the new year.

Starting outdoors, Noah’s Ark Waterpark, America’s Largest Waterpark, is debuting Quadzilla, a $1 million family mat racer slide that stands 47 feet tall, with lanes that run 323 feet long. How can that be, you ask? Because the four slides making up this ride are literally braided and twisted together, a first-of-its-kind for this community. Riders will plunge head first on Quadzilla, reaching top speeds of just over 20 mph. If you do the math, that’s 24 seconds from top to bottom. The lanes start out enclosed, but as you race to the bottom, they become open lanes so you can see who’s winning in the side-by-side competition. As you crest over vertical curves and gain even more speed toward the bottom, be prepared to experience a feeling of weightlessness.

At Kalahari Waterpark Resort Convention Center, they’ve literally raised the roof to install two indoor Super Loop waterslides, the first of their kind in the world, the Sahara Sidewinders. These slides stand 65 feet tall, which meant extending a section of the roof to accommodate the added height. You’ll even be able to see the top of these slides from the interstate. Riders will step into the slide and brace themselves as a trapdoor opens below their feet, sending them rocketing at speeds up to 25 mph. Kalahari also installed an additional free fall slide for the really adventurous called the Screaming Hyena. While the new slides will be a hit with tweens and teens, the toddlers have not been left out, as the resort has opened a new kid’s play zone called Tiko’s Watering Hole, with more than a dozen kiddie slides and interactive African animal figures – think grey-crowned cranes doubling as squirt guns. A rain tree gushes water as if it’s raining for added squeals.

Heading back outside, the Wilderness Hotel & Golf Resort is adding two new water tube-style slides, one that loops and one that jettisons riders straight down, both with trap doors to get the free fall started. Riders can reach speeds up to 40 mph thanks to maximum G force. Both of these behemoths will be in the Glacier Canyon Lodge section of the sprawling resort, the country’s largest combo indoor/outdoor waterpark property.

Over at Mt. Olympus Water & Theme Parks, their archeological crew has “excavated” the $3 million Lost City of Atlantis, a gigantic outdoor water fortress that covers over three acres. This new archeological find will be easy to spot at a whopping six stories tall. Tailored for all age groups, the Lost City of Atlantis will feature a monster dump bucket and seven water slides including a bowl ride, boomerang slide, family tube slide, kids’ water slides and a geyser blasting water over 160 feet.

New Ways to Be Entertained

There is a really nice variety of new indoor attractions this year starting with Wild Fun Zone, located downtown Dells and offering indoor bumper cars with spinning action, 3-D black light mini golf, a laser tag arena that takes the shape of a space cave, virtual roller coaster ride and mega arcade. Look for the huge gorilla on the top of the building to find this place.

Ripley’s Believe It or Not! Museum has added a “shrunken head alley” featuring a half-dozen actual shrunken heads. Next door at Wizard Quest, a new character by the name of Professor Oodlesmack has been added to the quest displays. His eccentric hobby is creating new flavors of popcorn, so naturally there is an Oodlesmack Popcorn counter attached to Wizard Quest, with more than 40 different gourmet flavors. Plus, the Dells 4D Special FX Theater, on the same block, has two new films this year that will make you feel like you’re in the movie.

There’s just something about oversized gadgets that gets kids, and adults, engaged. At the Tommy Bartlett Exploratory – Interactive Science Center, you can lift a 3,000 pound car off the ground using an oversized lever. This new hands-on exhibit is located right outside of the front entrance to the Exploratory. Head inside and you’ll find two other new exhibits – one, a musical experiment called “Dancing Sands” and the other a “Square Wheel” that actually rolls. Side note – the Exploratory is also celebrating its 30th anniversary in 2012.

For grown-ups getting away to the Dells, there’s Wett Nightclub, a new hot spot with a quarter-million-dollar sound stage and massive dance floor. The club is quickly gaining a following thanks to its lineup of well-known DJs. The Dells Beach Club is another option. Housed with the Dells Comedy Club, the Dells Beach Club offers dining (they’re known for their beer burger), tiki lounge featuring contemporary music and dance floor with DJs spinning Top 40 hits.

See also  Tips on Choosing the Right Luggage for You