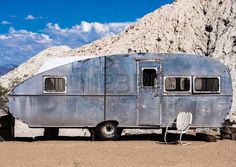 Like all forms of out of body experience, astral traveling is a largely misunderstood and unaccepted phenomenon. Said to exist in the astral body’s ability to separate from the physical one, many cultures denounce the existence of such abilities, while others embrace it. First practiced in ancient times, modern schools of thought often dismiss claims of such abilities as contrary to their belief systems. Although statistics of the phenomenon are largely unknown, it is commonly associated with near death experiences and is believed to have affected a substantial portion of the worldwide population.

Early practitioners of astral travel believed it to be closely tied to the afterlife and used it as a way to reach a heightened connection with the spiritual plane. As the astral body leaves the physical one to travel on the astral plane, it can lead to a connection with one’s higher self, which can allow for gained knowledge and understanding of the physical plane. In ancient Egypt and Greece it was not uncommon for astral travel to be openly practiced and discussed, which is a stark contrast from the modern world. Both the Greeks and Egyptians of ancient times studied the astral plane and sought out astral travel as a way of connecting with the spiritual world in search of guidance.

As more knowledge was gained on the subject of astral travel, widely conflicting belief systems began to form. What was once commonly accepted eventually became something that was largely feared and misunderstood. Even through the 18th and 19th Centuries, as many pioneers on the subject sought to enlighten the public on the subject of astral travel, many would find themselves unwilling or unable to accept its existence. In spite of the fact that astral projection began as a spiritual and religious practice, it was eventually seen as contrary to the evidence presented by modern religions.

Regular practitioners of astral traveling are believers in its spiritual power. When one travels the astral plane, it is a means of achieving a level of spiritual enlightenment many will never know. Seekers of enlightenment turn to the wisdom of ancient ancestors and give themselves the freedom to experience this phenomenon for themselves. In spite of society’s common belief that phenomena like this are merely imaginings of lost souls, travelers of the astral plane understand that it is much more than active imagination. Often occurring in conjunction with other phenomena, like lucid dreams and near death experiences, many consider centuries of evidence of the existence of astral travel too great to ignore.